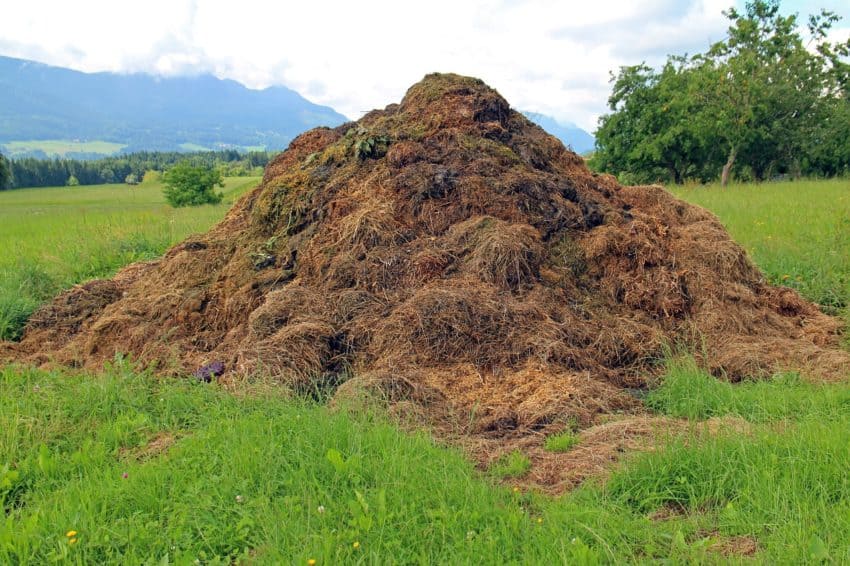 Some people who grow gardens and plants feel wary of buying and using commercial fertilizers and chemicals. These gardeners choose to start and keep a compost pile in their backyard or near an outhouse on the farm.

Below, we will examine the reason why compost can be harmful to plants and what are the alternatives to use to grow plants healthy and strong.

What is Compost and Why Use It?

Compost is decomposed organic matter made with materials such as kitchen scraps from plants, leaves, and shredded twigs. Compost is something gardeners swear by as it offers so many benefits to their plants.

Composting is a great method to recycle yard waste that would otherwise end up in plastic bags in a landfill. Composting is also much cheaper than paying a company to not only do the clean-up but haul the dead plant matter away.

By incorporating compost into the lives of their gardens and plants, gardeners give them a boost and afford their plants all the nutrients they can need.

However, there is a dark side to using compost, and using too much will hamper the growth of a plant or even kill it.

The Dark Side of Compost

Plants need nutrients added to their soil because over time they use up what was in the topsoil of the garden or in the pot in which they are planted.  Adding compost may sound like the answer as it is full of natural nutrients from decomposed plant matter, but that is not always the truth.

This will come as a shock for many, but compost is not a fertilizer. True, it adds back nutrients to the soil, but unlike commercial fertilizers, it isn’t a ready-made form of energy for plants. Compost returns some nutrients to the plants such as nitrogen and phosphorus, but uncured compost can be deadly.

While it is tempting to utilize uncured compost made of plant matter, the fact is it will have seven times more phosphorus than a plant’s needs. While phosphorus is vital to a plant’s life, it becomes poison when too much is absorbed. The same is true if the compost is composed of manure.

Why Can Compost Become Deadly To Plants

While compost is a great source of nutrients and builds soil structure, too much, if not fully cured, can be poisonous due to high phosphorus levels.

High phosphorus levels make it harder for plants to absorb manganese and iron, resulting in deficiencies causing the chlorophyll in the leaves to leave the veins and become trapped on the outside. This can be caused by either too much phosphorus or iron. Adding compost will only add to the problem and kill the plant.

High phosphorus levels are toxic to mycorrhizal fungi, a vital part of the microbiome of plants. They supply the plant with phosphorus and water as well as nutrients. Without these important fungi, the plants must use more energy, making larger root systems to survive.

The Four Stages of Compost

Curing compost goes through four stages before it is usable by gardeners for their plants or gardens. These stages include:

Taking a look at these four stages of composting will help to understand why compost can be bad for plants.

In this stage of a compost piles formation, bacteria combine carbon with oxygen to form carbon dioxide and energy that is then used by microorganisms for growth. The rest of the energy leaves the compost pile as heat.

During this first phase, mesophilic bacteria proliferate and raise the temperatures of the pileup to one-hundred eleven degrees Fahrenheit. Also, in this phase, the mesophilic bacteria may include E. Coli and other bacteria harmful to humans that are overcome by the heat when it reaches 111 F to about 125 F.

The rising heat ushers in the thermophilic phase, where the microorganisms become highly active, decomposing the matter in the compost pile and in the process creating more and more heat. During the thermophilic phase, temperatures inside the compost can reach 158 F. This phase passes quickly, lasting only a few days to a few months becoming localized in the areas where new material has been added.

After the thermophilic stage ends, there will be only a few available nutrients in the compost that have been digested. There is still a lot of organic matter left in the pile, and it is an enormous task for the microorganisms to digest and turn into useable compost.

During the cooling phase, microorganisms that left during the thermophilic stage return to the compost and get to work digesting the materials that were resistant to the heat. Fungi and macro-organisms such as earthworms appear and break up the coarser elements, move in, and are vital for the formation of rich compost.

In fact, earthworms are a vital part of topsoil composition as without them, the soil would be coarse and tightly packed. Soil without earthworms would have no way of supporting plant life because it would not have any aeration and the feces of the earthworms make a fantastic fertilizer.

Also known as the curing, aging, or maturing stage, the curing phase is a long and vital one. Unfortunately, it is during this phase that gardeners become anxious and unwilling to wait for the compost to mature.

The curing phase is a safety net assuring that pathogens that are harmful to humans have died off, making the new soil healthy for consumption.

It is also during this time that if a gardener is unwilling to wait, the compost is deadly to some plants. Uncured compost produces phytotoxins, substances toxic to plants. They rob the soil of oxygen and nitrogen and contain elevated levels of organic acids.

Compost is fertilizer, but only if grown in a gardener’s back yard. When manufactured by anyone else it is legally not considered a fertilizer.

So, how is compost a fertilizer when grown in the back garden? First, it is organic, and through the seasoning process (as listed above), there occurs a slow release of nutrients via the bacterium and fungi in the compost heap.

However, compost only supplies some of the nutrients needed by plants to grow and remain healthy. True, it can return nutrients to poor soil, but it is not the entire answer to soil problems and should not be relied upon to solely solve this problem.

Busting a Few Myths About Compost

There is a myth that you can never use too much compost. However, this sentiment is not true. Smothering the lawn or garden with compost is not recommended. In fact, for lawns, it is important to use only 1 cubic yard of compost for every 1,000 square feet with 1/4 inch in depth. If not careful, gardeners can kill grass and other plants by covering them too much and cutting off the flow of sunlight and air needed by them to survive.

IF the compost is coming from a commercial source, it may have far fewer nutrients than are necessary for most plants and be useless.

Even the idea that new trees when they are planted should be backfilled with compost, but doing so can create watering problems as the compost compacts within the planting hole.

The bottom line is that using compost can be valuable to gardeners, but too much will kill plants and can be poisonous to humans if not allowed to cure properly.