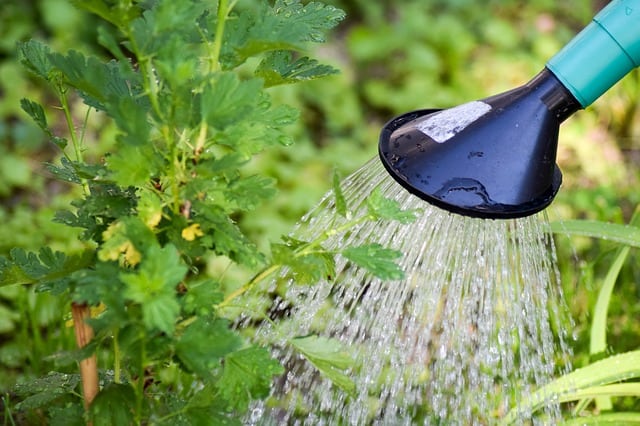 When you first hear it, the term Compost Tea sounds like one of the worst drinks that the health industry has come up with. But, rest assured, this tea is not for people.

Compost Tea is a mostly water, nutrient and bacterial rich mixture that aids in the growth of plants and vegetables. In short, it is an organic liquid fertilizer made at home using compost.

And although it may seem simple and no big deal, there has been a bit of controversy over the methods used to create it and whether it does anything at all for the garden when all is said and done.

Below, I will look at a couple different forms of compost tea and explore why and why not they may be beneficial for your garden and plants.

What exactly is compost tea?
A quick search online will give you several different explanations of what compost tea is. And in many cases, they are all correct in their definitions. The easiest way to explain it would be to say is that it is simply finished compost soaked or “brewed” in water over a short time, strained, and then the liquid that is left is your compost tea.

What is the purpose?
If you think of how nature looks after feeding its plants. The trees and shrubs and everything else out in the woods naturally loose their leaves every year. Theses leaves and other organic materials on the ground slowly break down over time creating a natural compost on the forest floor. As rain water works its way through the compost and down to the roots it carries with it a lot of the nutrients and soluble minerals such as salts and magnesium to help feed the plant.
Compost tea is human’s way to mimic and speed up this natural process to gain a better yield from their crops.
The process is more natural for the environment than commercially available fertilizers and tends to have a “Softer” effect on the plants than chemicals do.

The recipes we will look at here help give mother nature a boost is a process that has been going on for as long as plants have existed on earth.

Two ideologies when it comes to compost tea
Although there are many variations on what can go into your tea mix and how long it should take to create, there are only two specific methods of creating it.

The first and I would say, more modern version of Compost Tea would be the Aeration Method. This way of doing it involves 5+ gallon bucket, a bubbler (used in fish tanks to put oxygen into the water), molasses (or other forms of natural sugars), the compost, and up to 72 hours to create.
When you use molasses and a bubbler in the bucket, you essentially are aerating and mixing everything around while the bacteria in the compost (mostly good) multiply rapidly due to the added oxygen and sugars from the molasses.
It is all these forms of bacteria that help the plants absorb the minerals found in compost, so it is the belief that the “more is better” way of looking at it will help the plants get the maximum benefit from this method.

The second and more traditional form of Compost Tea involves a 5+ gallon bucket, a sock or pantyhose and compost.
In this method, the compost is simply allowed to sit or brew in a bucket of water, with minimal amount of mixing or agitation for a couple of hours at most. The water will slowly percolate through the compost, allowing the microbes, bacteria and tannins to mix with the water.
For traditionalists and myself, this method works the best and is the easiest way to do it.

It is in the difference between these two styles of making the compost tea that the controversy lies.

On one side of the fence you have the Aeration method people that believe the more bacteria the better while on the other side, you have gardeners who believe that the amount you get from the natural compost unaided is the way nature intended and that is the way it should be.

There is an argument to be made that, by increasing the number of bacteria you end up adding to your plants and vegetables may increase the chance that harmful ones like E coli could survive and end up making contact with humans.
It is important to knot that E coli bacteria is found everywhere and is part of the normal ecology, however it becomes a problem when there is too much and  when it ends up on our food. Make sure you wash your vegetables and fruit thoroughly no matter what form of compost or compost tea you use in the end.